This past week we received a lot of very encouraging news from Emmanuel.  One news item is the story of a group of young children and some rabbits.

Masaka is a region of Uganda outside of Kampala.  Here, in the little village of Kitenga,  the only water available is from a water hole.  Part of the daily routine is to carry the water each family needs for the day.  A short while ago, Emmanuel found a group of the local children carrying 20 liter cans of water from the water hole to a construction site.  They were being paid 200 shillings per can of water, which amounts to a little over five cents in US Dollars.  Emmanuel asked them what they would do with the money they were earning.  The children replied that they would buy food.  The children are hungry, of course.  Buying food satisfies that hunger for another day.  But then tomorrow will come.

Emmanuel asked the children what they might buy with that money if they saved for something bigger?  The children replied that they would buy rabbits.  The cost of a rabbit is 10,000 shillings, fifty trips carrying water cans back and forth for each rabbit.  Emmanuel told us about his conversation with the children.  We agreed together to let the children work 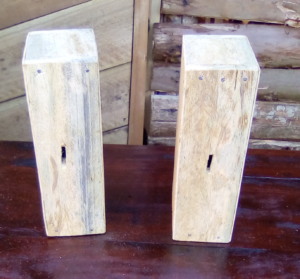 for part of the money and then we would pay the difference to buy the rabbits.  To help them save, they built wood boxes at the DCF Woodworking Shop for their money, the equivalent of a “piggy bank” in the western world.  He instructed them to save half the money they were earning rather than spending it all immediately on food.

We told this story to a few people, and a small donation came in to pay for the rabbits.  The amount to buy all four rabbits was just over eleven US dollars, a very small amount of money for most people in the United States.  After working for a few days, the children used the money they had saved along with that donation to buy their rabbits.  The DCF Woodworking Shop helped them build hutches for their rabbits.

Today we have news that there are now 21 rabbits!  With a little planning, a little help, a little guidance, and God’s miracle of multiplication, the value of those rabbits will soon be more than most adults there in Masaka can earn in two weeks.  By choosing to plan and save and invest instead of immediately satisfying their hunger, a small miracle happened.  Seventeen small miracles happened.  And this is just the beginning!

Jesus has sent all of us who believe in Him into this broken world to be His presence.  In this little village in Masaka, Jesus has reached out and touched these children.  This touch has in part come all the way from the other side of the world, through a series of relationships that exist only because God made them possible.  It is an awesome and humbling thing to be a part of this work, as this community learns not only to care for themselves, but to bring God’s healing touch in turn to those around them.

Would you like to be involved?  There is much to do, starting with prayer.  Pray for these children and these rabbits.  Pray for the DCF community, the woodworking shop and the (soon to be) sewing shop.  Pray for God’s love and grace to continue being extended through them to the people of Masaka, and from there into all of Uganda, Africa and the world!  As God multiplies rabbits, He multiplies the spread of His love and grace for all.

Tagged: Tags christian vision and missions Feeding and clothing the homeless helping african children How to provide for your neighbor life in uganda Prayer support for missions rabbits in uganda working for rabbits 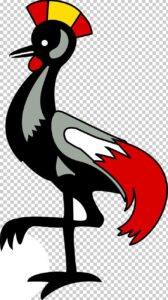 DCF, conceived and designed by Emmanuel Tumusiime in Uganda, works constantly to raise the standards of worship, work, and joy in the rural poverty and urban squalor of Uganda.

He and his fellows, at home and in the USA, established a mission to help faithful Christians improve their worship lives and financial circumstances through training and basic tools for a better life.